Full Video of this session will be LIVE on 23rd August, 2014 at 6pm on YouTube.com/SandeepSeminars. About Sandeep Maheshwari Founder of ImagesBazaar, the World’s largest collection of Indian…

The rest is here:
PROMO of the Basic Meditation Session by Sandeep Maheshwari

In a large apartment high above the city lives our couple. They’re in love. She’s a painter, he’s a successful actor. Just a normal afternoon – except that this isn’t a normal afternoon, for them or anyone else. Because tomorrow, at 4:44 am, give or take a few seconds, the world will come to an end far more rapidly than even the worst doomsayer could have imagined. The ?nal meltdown will come, not without warnings, but with no means of escape. There will be no survivors. As always, there are those who, as their ?nal cigarette is being lit and the blindfold tightened, will still hope against hope for some kind of reprieve. For a miracle. Not our two lovers. They – like the majority of the Earth’s population – have accepted their fate; the world is going to end.

4:44 Last Day on Earth was originally published on Divine Aim 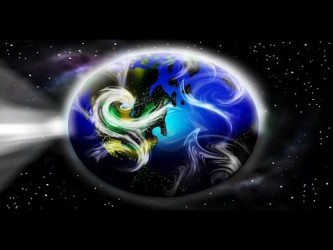 This is three hours of the world’s most relaxing self improvement hypnosis for deep relaxation and restful sleep. The combination of IQ raising, skill enhanc…

Take a reflective time-out in a peaceful, other-worldly enviroment, allowing yourself to be calmed and soothed by the gentle breeze as you connect with a hig…

Guided Meditation – "The Seat" was originally published on Divine Aim

Native American Indian spirituality is based on the connection between humanity and the natural world. They have great respect for nature, animals and trees….

Meditation and Relaxation Music was originally published on Divine Aim

Alan Watts talks about the art of meditation and why it is important to practice it, especially in the civilized world. Credits: Camera: Erika Fitzpatrick Ti…