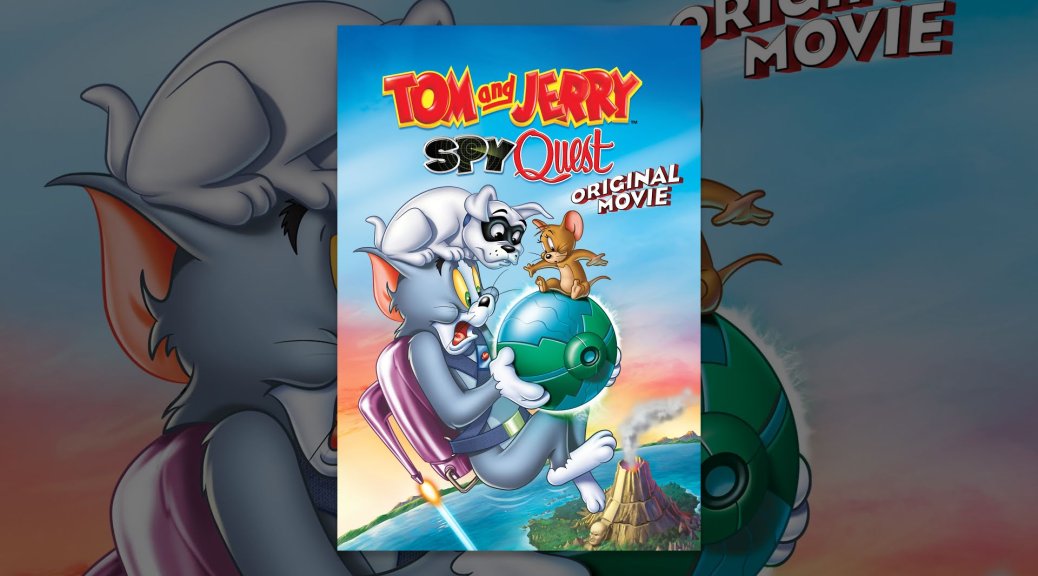 It’s just another day at the beach for the troublesome twosome of Tom and Jerry…that is until they bump into world-class junior spies, Jonny Quest, Hadji and Bandit. When longtime Quest family nemesis, Dr. Zin discovers Dr. Benton Quest has a device to solve the world’s energy problems, he sends his evil cat army to steal it and capture him and his bodyguard, Race Bannon. Jonny and his new furry friends must embark on an action-packed quest to find his father and save the world! It’s no secret this spy-tacular adventure is a fun-filled mission the whole family should definitely choose to accept. 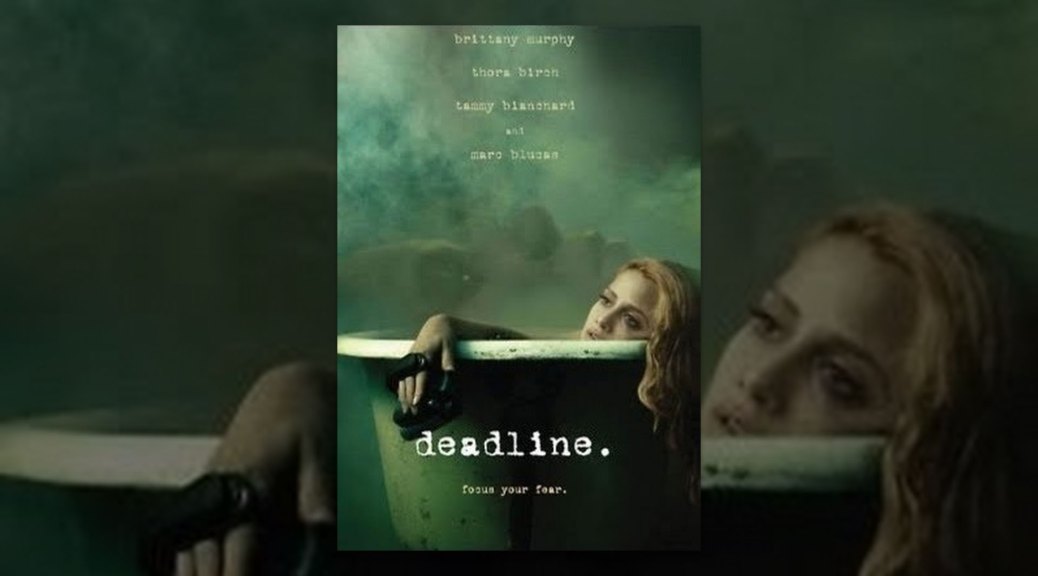 Alice (Brittany Murphy), an artist recovering from a psychological breakdown, retreats to a remote Victorian house to convalesce and focus on finishing her screenplay in time for a fast approaching deadline. When she begins hearing strange sounds and seeing apparitions, Alice searches for the source, only to find disturbing videotapes in the attic. Fascinated by her discovery, Alice digs deeper to uncover the mysterious story of the couple (Thora Birch and Marc Blucas) on the tapes, sending her on a twisting and terrifying pursuit to find out what is behind the endless mind games.

MPAA Rating: R for some violence and disturbing images

Once upon a time, a loving Yeti father is attacked by hooded creatures. They trick the Yeti and snatch away his son, the cub yeti. Just then a leopard named Bharal, takes away the cub to a young monk leaving in the blue monastery. To save the cub from the clutches of the leopards, the monk gets away from there. Far away in Varanasi, Bheem along with his friends are on their way to Kathmandu. While sightseeing they lose their way and are helped by a local boy named, Aadit. He invites them to rest in his house before proceeding forward. Suddenly they hear a knock at the door and finds a badly hurt monk with a small bundle. He pleads Bheem that the bundle is precious and be taken as swiftly and safely to where he belongs. He whispers just two words “Save Mi-goi”. Will Bheem’s grit, strength and kind heart prevail over all the obstacles and manage to end the Kalika Caper on a peaceful and a happy note?

Ramayana is a familiar story for every Indian. But a brief synopsis is being given here for the benefit of everyone. Sri Rama Rajyam is set in the Uttara Kandam of the Ramayana that deals with the story of Lava and Kusha. After Rama (Balakrishna) and Sita (Nayanatara) get back from Lanka, the Kingdom of Ayodhya rejoices and everyone is happy for a while. But Lord Rama is forced to banish Sita from the Kingdom when a washerman (Brahmanandam) questions her ‘pavitratha’.Sita takes shelter in the Ashram of Maha Rishi Valmiki (Nageswara Rao) and raises her kids Lava and Kusha as normal kids without informing them of their heritage . Lava and Kusha are trained in all the ‘vidyas’ by Valmiki. A series of incidents later, Lord Rama performs the Ashwamedha Yagam for the benefit of the kingdom. The sacred yagam horse wanders through the forest and it is captured by Lava and Kusha. A confrontation erupts between the kids and Lakshmana (Srikanth) and when Lakshmana falls, Lord Rama enters the arena.The fight is prevented by Sita and she reveals her true identity to her kids. Lava and Kusha are re-united with their father, Lord Rama, and Sita unites with her mother Bhoodevi (Roja) and leaves this mortal world. Watch the entire film to find out the twist in the mythological tale.

“On the cusp of her 100th birthday, Risa looks back on a life full of hard knocks and shares her secrets to getting up again with joy & humor. A meditation on life, aging, love and the secret to living with joy.”

The Stand Up Doll was originally published on Divine Aim

Screen giants Burt Lancaster and Kirk Douglas star in this upbeat, action-packed comedy adventure. Set free after 30 years in prison, train robbers Harry Doyle (Lancaster) and Archie Long (Douglas) discover that they have a lot of catching up to do as they face the high-tech, new-wave, whirlwind lifestyle of the 1980’s. And with a stubborn cop (Charles Durning) and myopic hit man (Eli Wallach) hot on their trail, Harry and Archie find the straight life a little too tough to handle. That’s when these two old pros start doing what they do best…making plans for their boldest, most explosive train heist ever!

Ready to Rumble was originally published on Divine Aim 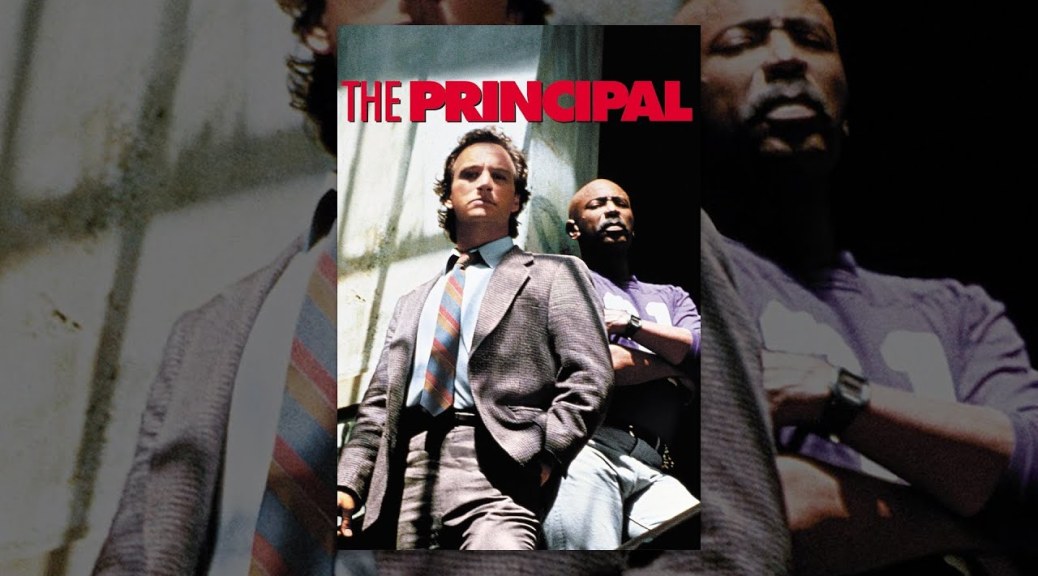 Jim Belushi stars as Rick Latimer, a high school teacher down on his luck. His wife is divorcing him, he has anger issues, the school board is on his case. In fact, he thinks he’s going to be disciplined by the board, when instead they promote him to principal. But his new school is the dreadful, and dreaded, Brandel High, where all the problem kids go who’ve been kicked out of other schools. With the help of head of security Jake Phillips (Louis Gossett, Jr.) and teacher Hilary Orozco (Rae Dawn Chong), Rick must challenge the sense of lawlessness that pervades the school, as exemplified by brutal gang leader Victor Duncan (Michael Wright). Rick Latimer has run out of options. He’s got to make it work at Brandel, or die trying. (Original TItle – The Principal) © 1987 TriStar Pictures, Inc. All Rights Reserved.

The Principal was originally published on Divine Aim

This episode centers around Gamut. The Seneca have dragged him to their village. The medicine man wants to kill him, but Gamut, with the help of Nootka, is able to shock the natives and even fend off the medicine man. Our group, spearheaded by Hawkeye, is proceeding along in the forest, when a poisonous snake bites Murno! Big Snake and Uncas set out immediately in order to gather herbs to be used as an antidote. Meanwhile, Magua is immobilized by his serious wounds, but with an animal-like will, he manages to survive, procuring food and finding a refuge for himself.